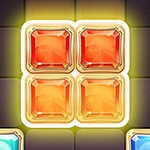 Back in the distant 80s, this game was invented, and it is still popular to this day. Its name is Tetris. Dozens of copies of Tetris already exist, and they differ from each other only in design, but the rules remain unchanged.

A variation of Tetris

In the Tetris category, users will find a game that will appeal to everyone. The first thing you should pay attention to is design and management. In some Tetris games, the blocks glow, while in others they are made in the form of faces of monsters, cats and other animals. The controls can also be very different: somewhere the blocks are moved and rotated with the mouse, and somewhere - with the arrows and WASD keys. This is done so that players can choose a Tetris that suits them. Tetris can also be very different visually. There is 3D Tetris, and here you need to rotate not blocks, but glass where they fall. It is more difficult to do this, since here the screen is not divided into cells and it is difficult to understand where the cube will fall. It is important to recall games for two, where participants compete with each other. Among other things, there are several other types of Tetris:

It is impossible to win in Tetris, because it has no end. Here, the blocks fall from top to bottom endlessly, and the player needs to manage to put them in lines and columns, so that there are no empty spaces left. If there are no gaps in the row, it will disappear and make room for new figures, which also continue to go down. To do this, you need to not only move the blocks, but also rotate them. The difficulty lies in the fact that you can’t allow the cubes to touch the very top of the screen. In this case, the game will end and you will have to start over.

Do not lose your games - login or register, to keep them forever.

Password recovery instructions have been sent to your email
did not get the email?
Check your spam folder, if there is no letter - let us know